UNESCO (United Nations Educational, Scientific and Cultural Organization) announced on September 15 that the 2016 UNESCO-Japan Prize on ESD would go to the Okayama ESD Project. This is a project in which Okayama University also participates. The award ceremony will be held on October 11 at the UNESCO Headquarters in Paris. Executive Director & Vice President Hirofumi Abe (who heads the Okayama ESD Promotion Commission) will represent the Okayama ESD Project at the ceremony.

From the inception of the Okayama ESD Project, Okayama University has continued to play a leading role in it. The university was authorized by UNESCO in April 2007 to establish a UNESCO Chair (academic base at institutions of higher education) on campus for the purpose of promoting ESD. The Okayama University UNESCO Chair has promoted exchange with other institutions both in Japan and abroad and has added ESD to its education program, primarily in the Faculty of Environmental Science and Technology and the Graduate School of Environmental and Life Science. It has also participated in the UNESCO Associated Schools Project University Network (ASPUnivNet), organized among 18 universities in Japan, since its founding in 2008. Centered around the office for promoting ESD collaboration established by the research arm of the Graduate School of Education in 2010, it provides training for educators and support for the activities of UNESCO Schools, which serves as a base for promoting ESD in school education.

Regarding the award, Executive Director and Vice President Abe said, “It is a terrific honor for our university’s efforts in ESD in concert with our region and affiliated institutions in Japan and abroad to be recognized as globally outstanding. We hope to make further positive efforts to promote ESD in the future as well.”

The Okayama ESD Project:
The Okayama ESD Promotion Commission was founded in April 2005 at the start of the UN Decade of Education for Sustainable Development (ESD; 2005 to 2014) to serve the Okayama region. The secretariat for it was established in Okayama City, and the Okayama ESD Project was launched.
It was authorized by the United Nations University in June 2005 as one of the world’s first seven Regional Centers of Expertise on ESD (RCEs), which constitute bases for promoting ESD. Regional universities, elementary, junior and senior high schools, companies, NPOs, NGOs, citizens’ organizations and others participate, promoting efforts such as providing education to create sustainable societies, fostering human resources, holding regional activities, and contributing assistance to developing nations.

The UNESCO-Japan Prize on ESD:
This award was established in the autumn of 2014 with funding from Japan’s government at the UNESCO World Conference on ESD 2014, held in Okayama and Nagoya. The UNESCO Headquarters makes selections on the basis of recommendations from countries worldwide. Three prizes have been awarded each year starting from 2015 for outstanding efforts. Its goals are to motivate ESD implementers worldwide to undertake the challenge of improving their efforts, and spread excellent efforts around the globe.

Contact information
Public Relations and Information Strategy
www-adm (a) adm.okayama-u.ac.jp
For inquiries, please contact us by replacing (a) with the @ mark. 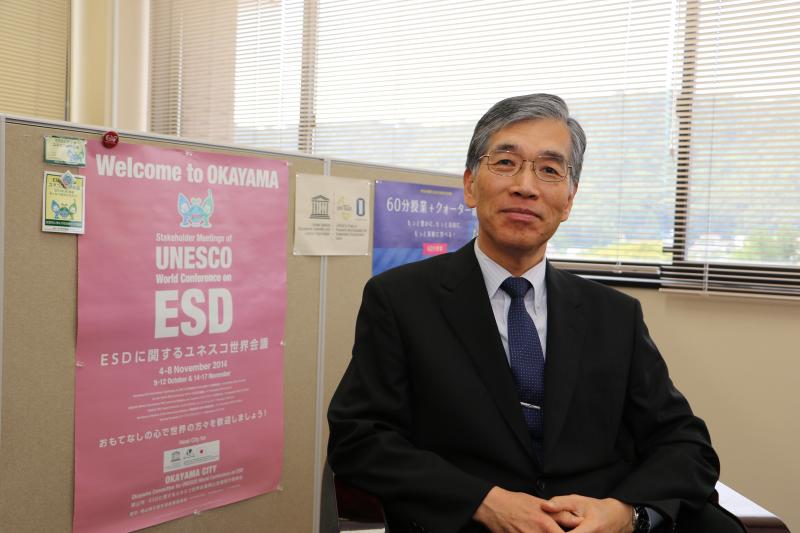 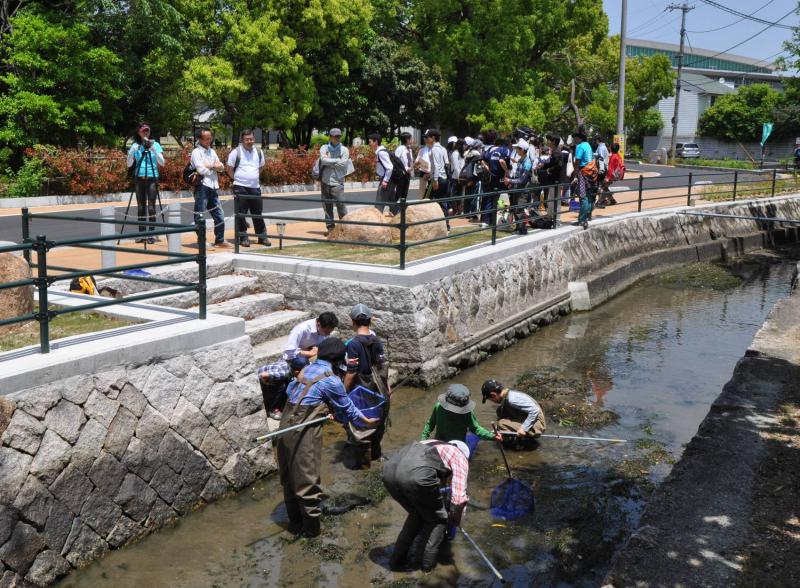