Associate Professor Dr. Takashi Yorifuji of Okayama University's Graduate School of Environmental and Life Science participated in October as the single expert member from Japan in a working group held at Lyon in France to evaluate the relationship of outdoor air pollution and carcinogenicity under the International Agency for Research on Cancer (IARC) of the World Health Organization (WHO).

Associate Professor Yorifuji says that "Air pollution and particulate matter are recognized as having a relationship to lung cancer even in regions with lower levels of air pollution than Japan, such as the United States; we certainly need ongoing measures against air pollution in Japan." 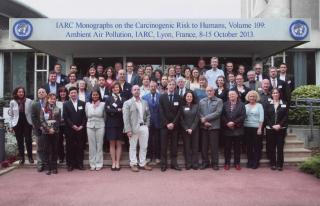 Expert members and observers participating in the working group (Dr. Yorifuji is eighth from right in the second row) 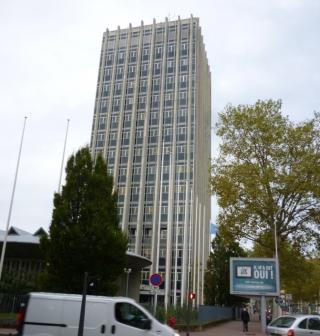 International Agency for Research on Cancer (IARC) in Lyon, France